Adding Armin van Buuren to the stellar line-up of over 300 world-class artists, including the likes of DJ Snake, Oliver Heldens, Carl Cox, Tijana T, Seda, and Ronnie Flex & The Fam, Mysteryland is set to be the highlight of this year’s festival season

Mysteryland will take place from August 26 to 28 at Floriadeterrein in Haarlemmermeer, The Netherlands 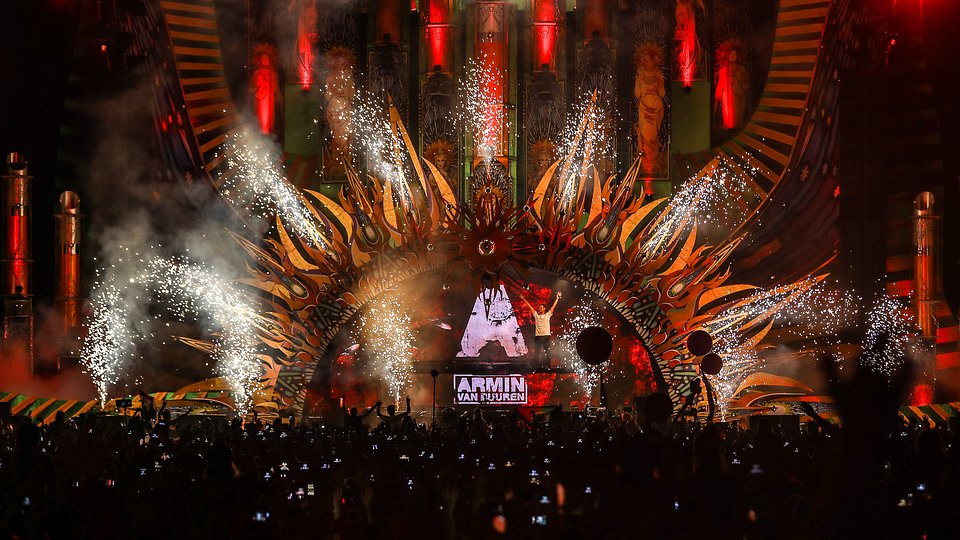 After teasing their fans with a spectacular end show on the Sunday of the festival, Mysteryland now announces their Mystery Headliner. In the last weekend of August, Armin van Buuren will close the festival in an unforgettable way. Now completing the star-studded line-up Mysteryland 2022, the countdown to a legendary end of the festival summer can begin. Fans can get the last remaining Sunday tickets via    www.mysteryland.nl.

In 2017, Armin van Buuren played at Mysteryland’s world-famous end show for the first time, closing an amazing weekend for over 100,000 visitors in an unprecedented way. The legendary Van Buuren has been crowned The Best DJ In The World by DJ Mag for five times and is known for massive hits like ‘This Is What It Feels Like’, ‘Another You’, and ‘Blah Blah Blah’, and collaborations with Alesso, Steve Aoki, Hardwell, Reinier Zonneveld, and many more famous artists. In August, the highly praised DJ will return to his motherland to host a spectacular ending of the Dutch festival summer.

Armin van Buuren: “Mysteryland is one of the most legendary festivals in the world and I can’t wait to finally be back in my own country to perform on such an amazing stage. Playing the end show at Mysteryland in 2017 was something to remember and I’m looking forward to closing out an unprecedented festival summer together with the thousands of festival visitors at the end of August!”

More than 300 of the world’s most famous artists, including the likes of DJ Snake, Oliver Heldens, Paul Kalkbrenner, Alan Walker, Carl Cox, Sunnery James & Ryan Marciano, Volvox, Tijana T, Dom Dolla, Kapuchon, Sefa, Ran-D, and Ronnie Flex & The Fam will bring their sounds to Haarlemmermeer to play for more than 100,000 visitors from over 100 different countries. Spreading out the acts over 22 breathtaking stages, in both open air as in huge tents with laser shows and state-of-the-art sound systems, Mysteryland has something for everyone.

Visitors that want to be immersed in a magical festival experience all weekend long can grab the last available Weekend and Camping tickets with accommodation via www.mysteryland.nl. The acclaimed Mysteryland campsite will be their biggest to date, accommodating more fans than ever before, and is fully equipped with modern facilities like a worldly food court, chill areas, and much more. Camping visitors will enjoy a full weekend program, including an extra festival day on Friday and an exclusive afterparty on both Friday and Saturday.

Whilst the Saturday tickets have sold out fast, festival fans who don’t want to miss Armin van Buuren’s end show can get the last Sunday tickets via www.mysteryland.nl.