Jackmaster on DJ’ing in a hot air balloon, summer highlights and his most sacred vinyl 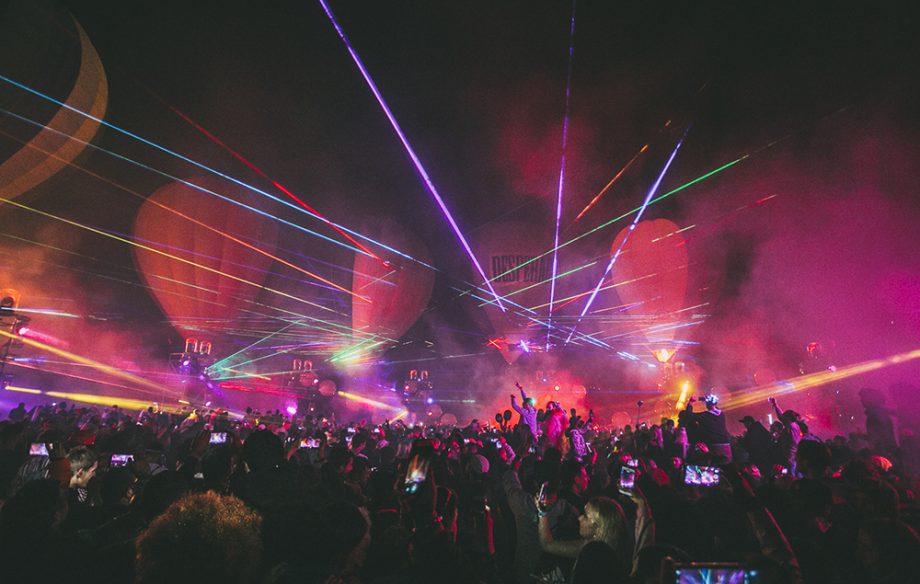 With a little help from party producers Elrow, Skyfest 2017 took festival season to new heights…. literally. The Barcelona-based dance party was a spectacular way to end a summer of fun, with revellers and DJs raving in hot air balloons amidst a sea of lasers into the wee hours of September 16. We caught up with superstar DJ Jackmaster after his sky-high set.

You just DJ’ed in the sky. How was that for you? Any vertigo?

I’ve actually never really been scared of heights but when I saw the balloons and the flames my stomach was in knots. But it was all super safe and well organised in the end. I did need a couple of beers for Dutch courage though.

You’ve had a massive year playing all around the world, what have been a few of your summer highlights?

My DC10 residency [in Ibiza] has been an absolute belter. I’ve been recognised as a DJ versatile enough to play on any of their three dance floors: the main room which is traditionally more techno, the terrace which is housier, and more recently the garden too. Apart from that, Glastonbury, obviously! This year seemed to be extra special. It was perfect.

You started out in the underground scene in Glasgow. How important do you think it is to support grassroots music venues and clubs?

Without grassroots venues and clubs the scene is finished. They’re the lifeblood of what we do. If it wasn’t for the Sub Club in Glasgow for example I probably wouldn’t be doing this. I’ve been going there since I was 14.

What are the three most-prized pieces in your record collection?

Probably my original pressing of Clarence G, the first ever recorded work of James Stinson from Drexciya, my Toto Africa picture disc and the first release on my first ever record label point.one recordings: Voltaic – Oxidize: dancefloor electro from the south side of Glasgow.

What are your top three places to DJ in the world? What makes them great?

Who is your dream collaborator?

I would love to play alongside Jeff Mills.

Intern at your local record shop. I did this at Rubadub [in Glasgow] and it was a life changer for me. It’s through the amazing music they stock and the amazing people who work there that I find myself doing this crazy shit for a living.