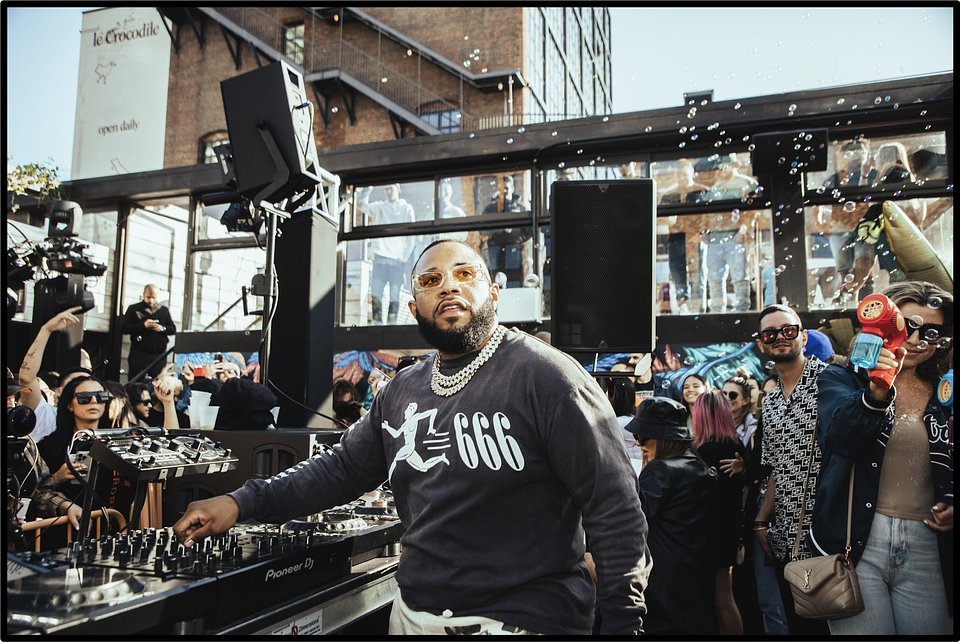 (LOS ANGELES, CA) MAY 6, 2022 – After immense success spanning over a decade, Diamanté Anthony Blackmon, otherwise known as Carnage, has announced his retirement from music and touring. The globally-renowned artist will embark on a 5 show grand finale tour known as “Carnage & Rare Presents: Thank You”. These shows will be the last time fans can experience a CARNAGE performance. To bring the evolution of Carnage around in full circle, he is heading back to the venues and cities that catapulted his career over a decade ago. Tickets go on sale this Monday, details can be found on ThankYouCarnage.com

Taking over Avalon (LA) for the last time on May 26th, Carnage will pay homage to the west coast club that gave him his first headline booking before becoming one of the largest acts to ever grace the stage. On May 28th, Carnage will return to Webster Hall (NY), the venue that hosted his first sold-out show in New York, with celebrity guest appearances from acts like Tiësto dating back as far as 2013. On May 30th, Carnage wraps up his North American existence at Stereo Live Houston for his true final performance. A very special market and venue for Carnage and Diamanté personally. Before hanging up the jersey forever, Carnage will head to Australia for his two final festival performances on June 4th (Sydney) and 11th (Gold Coast) at Lunar Electric Festival.

Diamanté Anthony Blackmon is the American Dream. Diamanté grew up in Guatemala but returned to the US at just 10 years old speaking very little English. Against all odds, Diamanté grew into Carnage, one of the most dominant musical superstars in the world. Carnage broke onto the scene in 2012 when he self uploaded his first song, “Teke Teke”, onto YouTube. In that same year, Carnage produced records for the then-unknown rapper G-Eazy such as “Loaded” and “Down For Me”. Shortly thereafter Carnage released his first major single “Michael Jordan” quickly slingshotting Carnage to stardom. Known as a larger-than-life DJ and a trap music sensation, Carnage quickly transcended dance music and became an artist every major hip-hop and pop name wanted to work with. Having collaborated with the likes of Drake, G-Eazy, Migos, Mac Miller, Lil Pump, Steve Aoki, Tyga, XXXTentacion, and many more, the Carnage legacy will live on through his extensive and highly-influential music catalog.

Carnage’s relentless touring schedule brought his inimitable live shows to over 10 million fans globally at 1,200+ shows rocking the stages of Coachella, Lollapalooza, Ultra Music Festival, and Tomorrowland, all while producing his debut studio album Papi Gordo which instantly became the #1 Dance Album in the United States. At its peak, hit song ‘I Like Tuh’ with ILoveMakonnen became a top 30 track on the Billboard Hot 100 chart and became RIAA-Gold certified, while ‘Bricks’, ‘Toca’ and ‘WDYW’ topped charts worldwide. With a combined steam count of over 2 Billion, Carnage remains one of the most versatile producers to cross over between hip-hop and dance music as seamlessly as he does.

“Today marks the beginning of a new chapter in my life.

After 14 years, CARNAGE has been put to rest and is officially dead.

As many of you know, I grew up in Guatemala and came to the U.S. as a child who did not speak any English. The descendant of illegal immigrants, my family came to America to pave the way for a better life for me.

It’s honestly hard to describe the ups and downs in my life as Carnage over the past 14 years. Today you see all the success and the flash, but what you didn’t see was my struggle. Years of grinding trying to turn my dreams into reality, countless nights in the studio, sleeping on friends couches, scraping money together to get by. I was just a kid with a dream and looking back I really do pinch myself.

I started my journey as CARNAGE in 2008 and together, with the help of my loyal fans, have been able to achieve some of my wildest dreams. From working with music icons like Avicii, Drake, Swedish House Mafia, MIGØS, Tiesto, Young Thug, The Martinez Brothers, and Kanye West to selling out clubs, theaters, arenas, stadiums, and festivals around the world, all I can say is – THANK YOU – it truly means the world.

ASOC Family, you mean everything to me. I would be nothing without my fans, I can’t describe how many of you have touched my soul and changed my life, you are what kept me going these past 14 years. ASOC Family will live on forever.

Unfortunately all good things must come to an end, but that doesn’t mean we can’t go out in style.

If CARNAGE is going to die there must be – A Grand Finale.

In true Carnage style, he will undoubtedly go out with a bang. Fans can expect some of the most intimate shows in Carnage history as he closes an unforgettable chapter. Details below:
North America
California
Avalon Holywood
5/26