Avicii: True Stories will be premiering on October 26, A compelling new film by Levan Tsikurishvili. Exclusive to cinemas for only one night.

Piece of Magic Entertainment announced today that Avicii: True Stories, a compelling new documentary film by Levan Tsikurishvili, will be premiering on October 26 in selected cinemas worldwide. Avicii: True Stories traces the unvarnished truth behind the success of Grammy-nominated producer, songwriter and artist Avicii (A.K.A. Tim Bergling)– one of the world’s highest grossing live music artists whose seemingly sudden decision last year to quit doing live shows came as a complete chock to his fans and the industry. The film reveals the choices he faced and his thoughts at the time.
The showings of Avicii: True Stories will be followed by a 30 minute concert film of Avicii’s final show in Ibiza August 28, 2016.

The film traces the artist/DJ’s life from his beginnings, all the way to the joy of his success, from his chart-topping global radio hits and subsequent struggles with his physical and mental health. Tsikurishvili followed Bergling for over four years, and captured fly-on-the-wall footage of his experiences and thinking.

Featuring appearances by colleagues such as Chris Martin, Nile Rodgers, David Guetta and Wyclef Jean, Avicii: True Stories is a cautionary tale that explores the taxing nature and intensity of fame from the artist’s point of view as much as it is a film for Avicii’s die-hard fans.

“I wanted to do a brutally honest film about Tim as a person and not only about Avicii. Everybody knows Avicii but very few people know Tim. I think this documentary really shows Tim’s struggle and strength of character. Being a worldwide superstar artist is not as easy as it looks on Instagram”, Tsikurishvili says.

For more information about screening dates and tickets please go to:
www.aviciitruestories.film 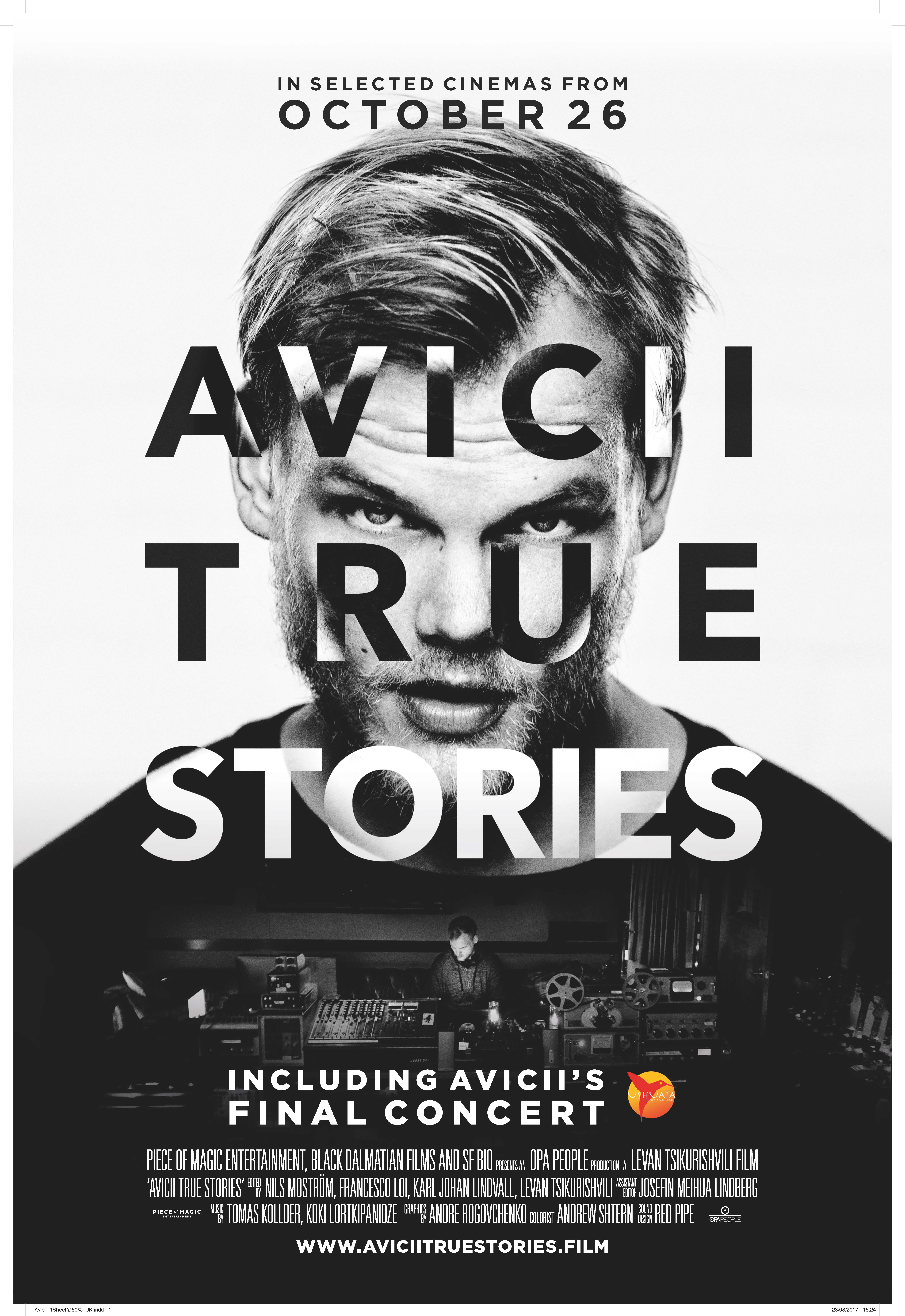